Today I’m going to be doing a book review on Exit West by Mohsin Hamid.

In this story you are mainly following these two young people.

One of them is this woman named Nadia who is like fiercely independent in a way that isn’t really common in her country.

She wears like a full body covering despite the fact that she’s not very religious but she has reasons why she chooses to wear it.

She lives by herself and lies to people and says she’s a widow as to explain and get permission to be able to live by herself.

And then there is this young man named Saeed.

He sees Nadia in one of his classes and basically just fall for her.

They start a relationship but they are living in this war-torn country.

As their country starts to sort of fall apart, they’re forced to make some difficult decisions about their relationships and the way that they’re living.

You know, like their basic necessities start to be taken away from them.

There’s a point where they no longer have cell phones that are usable in the country because there’s like a lack of electricity and there’s no like cellphone coverage anymore things like that.

So because their country’s sort of falling apart, they are forced to make difficult decisions about their lives and they choose to leave the country eventually.

And then follow them with all the choices that they make and you see them as refugees in another country.

If you watched my review wrap-up, you already know that I love this book.

The first book I read from him was How to Get Filthy Rich in Rising Asia and I gave it a 5 star rating because I loved it so much.

It completely blew me away.

The thing that I like about Mohsin Hamid a lot is that he really plays with a reader’s expectations of the story that you’re getting.

So I think what Mohsin Hamid does really, really well is he writes in a way that sort of vague but still really grounded.

If you think of really great writers who write about like the Middle East or who write about Muslims and have like sort of broken through here and like the Western world, so to speak, writers like Khaled Hosseini, reading it from a Western point of view you have a little bit of distance from the story.

What Mohsin Hamid does is he places you like right as the protagonist of these stories.

So he’s talking about refugees.

Another thing that he doesn’t the story that’s really interesting is that in every chapter.

There are sort of the break from the main story and you hear – you read sort of like little short stories about other people around the world. 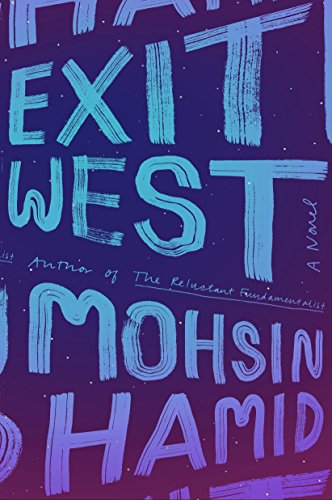 A lot of people are talking about the timeliness of this book and that’s definitely true because refugees have been a big part of the news.

Whether it be Jewish people being forced out of the various countries that they lived in or you think of the Vietnamese or even like Koreans to other countries or Middle Easterners or whoever, there’s been situations all over the world of people have been forced to migrate from their home because of war-torn situations.

And so I feel like this is one of those books is very timely but it’s also very timeless at the exact same time.

Yeah, Mohsin Hamid is just like a fantastic writer.

I think the one recommendation that I would give to anyone who wants to pick up this book is try to read as much of it in one sitting as possible.

I read it over the course of I think it was like three days, like three different evenings I read it.

And I think that hindered the experience for me slightly because the way this book is written, it kind of puts like a spell over you.

And I think it’s a book bed is best consumed in one sitting if possible because you can just fully immerse yourself in this world.

You let yourself fall under the spell of this novel and you experience the whole thing for what it’s worth.

I could also see some people having problems with the way this book has ended because it doesn’t end the way you think it’s going to.

And I feel like the ending is more concrete than the rest of the book.

But overall I really enjoyed it a lot.

I think that if you’re someone who’s reading my site and you like the content that I make and the books that I talk about, you’re going to like Exit West by Mohsin Hamid.

It is very timely but it’s also very timeless and I think it’s worth picking up, 100%.

So yeah, those are my quick thoughts on Exit West by Mohsin Hamid.

I know a bunch of you guys picture for your book of the month package this month.

So definitely leave a comment down below letting me know what you guys thought of it.

Also if you haven’t picked up a copy of this yet and you would like one for free, I’m giving a copy away.

There are two different giveaways for that and I will be picking the people for that giveaway at the end of the month.