Hi everyone. I’m Maria and this is promotekdbook.com.
Today i’m going to be doing a book review on an american marriage by tayari jones.

If you watched my February wrap-up part one, you would have seen me mention this really quickly as a book that I was starting and really enjoying.
And that basically just continued throughout the entire book. I devoured it.

I became completely obsessed with it and completely finished it over the course of like two days. Which rarely happens, especially like two days over a work week. I can maybe do it over a weekend but usually during the work week I’m forced to spread out my reading.
But once I started this one, I was hooked from the beginning and could not put it down.

So in this story you are following these characters named Celestial and Roy.

They are this black couple living in I believe Atlanta and they are sort of like the ideal up and coming black couple.
Roy is a successful executive.

Celestial is this artist who creates these dolls that are about to like blow up.
And so you get to learn all about their relationship how they met, you know, them leading up to their marriage and over the course of their first year of marriage. Right after their one year anniversary, Roy ends up getting arrested and wrongly convicted of raping a young woman.

So he ends up getting a sentence for I believe about 12 years.
So you follow them through their relationship.

You also follow them through this conviction and while he’s in jail and then you see sort of what happens to their relationship while they’re separated. And I don’t want to give away too many plot details but at a certain point Roy is released and you get to see sort of how everything turns out after he returns home.

From the very beginning, I was completely hooked on this book.

I actually listen to this on audiobook for the most part.
If you have access to hoopla at your local library, I highly recommend checking to see if they have an American marriage available to you.

I don’t know if hoopla is like standardized across the country or if it depends on your library on the selection that you get, but they had both the e-book and the audiobook available.

And the audiobook is fantastic.
They have multiple narrators because you get this story from both Celestial and Roy’s point of view, as well as their friend Andre.

So if you’ve been to my site for a while or you’ve been seeing some of my reviews before, you may have seen me talk about the fact that I generally don’t like books with multiple perspectives.

You occasionally get a little bit of Andre in there as well but I think Tayari Jones does a really good job of balancing the perspectives but also showing that both perspectives are necessary.
It provides sort of dual points of view to this marriage, and to this relationship.

There are times where you see the same scene through multiple characters points of view.

And a lot of times stuff like that annoys me but in this case I found it to be helpful and necessary.
I think one of the interesting things happening in here is that, again, it’s a story about a marriage.

And so seeing how each person in the marriage views that marriage and views their relationship and views the other person and then sort of flipping the script and seeing it from the other point of view can be really, really interesting.
There’s a lot of stuff that happens in here and obviously like I’m not going to pass judgment on a fictional marriage.

But I think that a lot of the stuff that happens in here, you may end up taking some sort of side on who’s right and who’s wrong.
But in the end I feel like you can at least understand why all of the decisions that are made in this book are made by those characters. 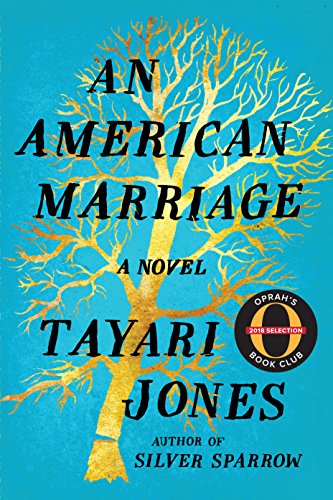 You really get to understand their motivations, their lives, what makes them tick, what they want out of a marriage, how they view marriage, things like that.
And I find that to be really, really interesting.

I think that overall Roy, the husband, gets the most time in terms of pages and point of view and I think that makes him a slightly stronger and more interesting character.

I would have enjoyed seeing more from Celetial’s point of view.

But, you know, overall I really, really enjoyed this. I think that no matter what your background is or what your own personal preferences are, everyone sort of has a point of view about marriage, what a marriage should be, what it should look like. And I think what Tayari Jones does is she sort of presents that in this book and then sort of dismantles that to see like is that actually what a marriage should be or could be or anything along those lines.

And when you put in all of these sort of real-world conflicts, do those standards still hold up and should they still hold up and things like that. She presents a lot of really interesting questions in a really interesting way and it’s a fantastically written book that will make you sort of asking yourself deeper questions about relationships and marriage and whatnot.

The one major flaw that I had with this book is the ending.

There is a little bit of an epilogue that happens at the end of this book and I found that to be while it’s necessary so you can know how everything concludes, it feels like the conclusion’s a little bit too neat for my point of view, especially considering how messy the rest of the book is.
But that’s sort of like my major complaint.

I wasn’t crazy about the character Andre.
He seemed a little bit too good to be true, I suppose. Or I think the other way to explain is that you get so little from his point of view that you don’t get to see his complexities quite as much.

And I think that this book might have been better served just having Rory and Celestial go back and forth and just seeing Andre through one of their points of views as opposed to letting him have his own point of view.

So yeah, overall I give this one a four out of five stars. I really, really enjoyed it and I highly recommend it, especially if you’re someone who enjoys contemporary books, contemporary literary fiction.
It’s been picked for the Oprah’s Book Club and I honestly think that this would be a fantastic book club pick because there’s so much here that you can pick apart and talk about.

And there’s so much gray in this book that it’d be really interesting to have sort of like a full body discussion full of spoilers to see sort of where people land on the spectrum of what’s right and what’s wrong and how everything turns out. 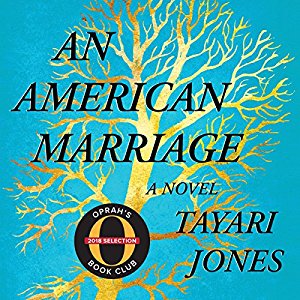 So yeah, if you have a book club, this would be a great one to add to the list.
So yeah, that’s everything that I have for this post.
Feel free to leave a comment down below letting me know, if you’ve read this book, let me know what you think.
And I’m willing to go like full-on spoilers in the comments.