Hi everyone. I’m Maria and this is promotekdbook.com.
Today i’m going to be doing a book review on Orhan’s inheritance.

I read this book a number of months ago and I never got around to recording a review.
So I really wanted to because I really love this book and I feel like it deserves its own individual spotlight.

So in the story you are following this character named Orhan who was born in Turkey and left the country.
And he finds out that his grandfather who he loved a whole lot has passed away.
So he returns to Turkey to attend the funeral and to figure out all the stuff related to his grandfather’s will and whatnot.

And it turns out that Orhan’s grandfather has passed along the family business past Orhan’s father to Orhan directly and has also left the family estate to a woman that they’ve never heard of before.
Orhan does a little bit of research and finds out that this woman lives in Los Angeles, which is obviously quite a ways away from Turkey.

So he decides to fly out to Los Angeles to find this woman figure out, who she is, why his grandfather left their entire estate to this woman.
This woman is 87 years old. Her name is Seda and she seems to have this secret history or past to her that she doesn’t really feel like divulging to anyone else.

But then Orhan shows up and starts talking to her and asking her questions.
She’s of Armenian descent.
As Orhan tries to find out what the relationship was between his grandfather and this woman, he starts to learn a lot of things about the history of Turkey and of Armenian people in Turkey. 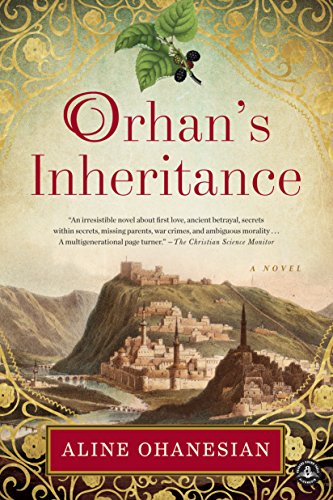 This story flashes back and forth in time between like the 1990s and the end of the reign of the Ottoman Empire in Turkey.
And what this book explores is this Armenian Genocide that happened in Turkey.

The Turkish government and army and whatnot basically ran out all of the Armenian people and led them on this sort of death march almost towards Syria.
And this book explores sort of the complexities of this history and the lack of information that’s out there about this history.

Like I said, I really, really enjoyed this book.

And one of the many reasons why is because it like informs a reader about the Armenian Genocide, which is a thing that is not often discussed or talked about or anything along those lines.
A lot of what is discussed in here is about Armenian history and how it’s been like suppressed, how it’s difficult to get information about the genocide because a lot of what’s discussed around this time period is about how it was basically just a war.

And, you know, during wars a lot of people die.
And so they just view it as being like casualties of war as opposed to being an outright genocide.
A lot of what’s explored in here is like the complexities of what was happening during that time as well as the way that we sort of look at our own past.

And I just felt like it was such a great discussion about these like two points of views.
Like you have Orhan who knows his country’s history based on what he was taught in school and what the government says you know and things like that.

But then there’s this whole other history that anyone of Armenian descent knows about because it’s a story that’s passed down through the families and through generations.

It also talks about like the impact that wars and genocides have on families and through generations.
It’s not just on those people directly.
You know, there’s that trickle-down effect that always happens as well. 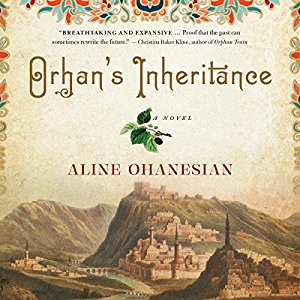 This story is beautifully written, completely engaging. I think that the author does a great job of balancing the present-day perspective as well as the past perspective.
She does a really great job of just like slowly revealing the stories of these characters and figuring out how they all relate to each other.

I think there is part of the story that the author was trying to like make it seem like a mystery but in my opinion it was kind of obvious what most of the connections were.
I don’t think that there was anything in here that was necessarily like super surprising.

There were parts in here that were just really heartbreaking though and really just shocking in terms of the pain and death and destruction that happened to these people and these families and their lives and livelihoods.

Yeah, this is a book I would highly, highly recommend to people.

Even if you don’t necessarily say you like historical fiction or anything along those lines, I think that this book is just really, really well done.

It’s sort of like what I can to be a real star in historical fiction in that it teaches you about something, especially something that you might not know about already, but it does it through the perspective of these characters.
So you see like the humanity behind it.

Like, you all know I love nonfiction but I think that a lot of times nonfiction can lose like the heart behind a story.
And especially when dealing with a story like this you wanted see the heart and the humanity and the people behind the events that occurred, which a lot of times can get lost when talking about war stories.

The way that the author frames the story of focusing on like it’s specific families and these specific characters you get to really step into the shoes of these characters and see the type of horrible things that they had to deal with.

So yeah, highly, highly recommend this book. Definitely think that basically everyone should just pick this one up.
I think it’s super underrated.
So yeah, those are my quick thoughts on Orhan’s inheritance. If you’ve read this book, definitely leave a comment down below letting me know what you guys thought of it.