The Flight Attendant: A Novel Kindle Edition by Chris Bohjalian(Author)

Hi guys. I am so excited to get to review today The Flight Attendant by Chris Bohjalian.

The Flight Attendant by Chris Bohjalian. Let me say right off the bat I give this book stars.

It’s really good. It is a thriller.

It’s suspenseful. It includes spies and Russia and America and Dubai and murder.

Let me back up and give you a quick synopsis. So, Cassie is a flight attendant.

She has been a flight attendant for many years. She’s really close to turning and she has worked her way up through the ranks to where she is able to serve the first class on these long international flights.

So on one such flight, she is going to Dubai and serves a first-class person who is sitting there and has this strange affinity for Russia. Russian literature.

Starts flirting with her, one thing leads to another, and by “another” I mean a one-night stand, and then she wakes up NEXT TO HIS DEAD BODY.

The book grabs your interest right from the beginning. He’s bloody, dead (obviously), she doesn’t know what to do. So in a panic, she showers and leaves and just hopes for the best. 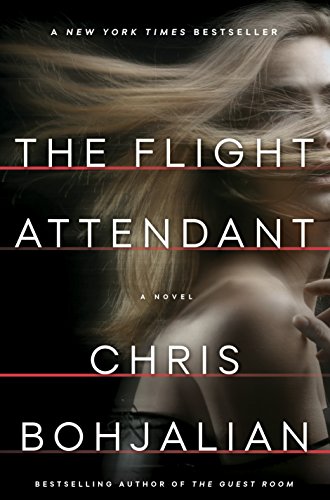 So you would think right off the bat that maybe it’s going to be a morality tale and it could easily turn into that because Cassie is really on the downward slide of an adulthood full of bad habits. She always drinks way too much.

She always sleeps around with whatever man seems to be conveniently nearby. She doesn’t really have any sort of responsibilities other than going to the cat shelter to pet the homeless cats, which is really sweet, but for her this is just a long line and a pattern.

And so it’s not surprising that something like this didn’t happen before. She’s the type of drunk who gets so profoundly drunk that she is able to black out. As she says in the book, it takes someone who is really really accustomed to drinking lots and lots of alcohol to be able to do this, because most people when they drink that much they just pass out or they fall asleep.

So as the book progresses, we find out more and more things with more and more people in her orbit trying to figure out what happened and what led to the body being there. Will she go away to jail forever?

Will she herself get killed as a missing piece and something that’s undone?

Is there a whole big spy espionage ring going on around this or is it just some domestic case of murder which she just happened to get herself tangled up in?

All these questions get unveiled. I will say that I kind of guessed at the ending, but that’s only because aspersions were cast onto every person, and so in my mind I was thinking through every eventuality.

So the things that ended up happening were one of a long list of conjectures that I had that I thought could happen. So I just happened upon the right answer in that list. Still surprising. Still well laid out. Really interesting, fascinating book from beginning to end. 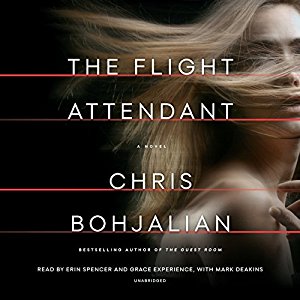 So what I want to talk about for a moment is just the entire the entirety of Chris Bohjalian’s authorship. His oeuvre, if you will, if I want to bring out a hoity-toity word to describe it.

There is there are a couple things in particular that I really enjoy about his writing, and that was really evident in this book.

One is the complete immersion. In his book Midwives, you felt like you yourself knew how to be a midwife because you were so immersed in the life of this woman and all of the little things she did to make these babies be born healthily.

In The Guest Room, you kind of got caught up in the sex trade industry and the victims that come out of it. In The Flight Attendant, you felt like you knew what it was to be a flight attendant and boy, let me just take my hat off to flight attendants and really anyone in the service industry right now.

Having worked in a restaurant myself for four years many moons ago, they work their butts off just to make sure that their clientele is comfortable, safe, happy.

You can tell he really researches his stuff. He knows it inside and out, where even if he hasn’t personally lived that life, he has delved into it so much as an author that he is able to make us as a reader completely delve into it as well.

And so I felt like I was really there. I felt like I too was wrapped up in the experience and, just, you know when your heart races for the characters and what’s going to happen next.

Another thing I really like about Chris Bohjalian’s writing is his openness.

And I’m not even sure that that is the right word to describe it, but his openness to each side of the equation.

So let me go back to one of the previous books of his that I mentioned before, The Guest Room. In that book, it would be easy to just side on the side of the father the husband, the community man who had kind of flirted with this sex worker for a moment.

But really, you end up sympathizing with the sex worker because she’s part of a sex trade and she’s almost a prisoner. I don’t want to say almost she is a prisoner to it, and trying to escape.

So you feel sympathy for both sides of the equation. Neither of the people are perfect. They both have their faults. But you feel for both of their their trajectories and where their stories are going. Same thing happens on The Flight Attendant. We know from the outset that Cassie is a damaged person. She’s unreliable. She lies. She’s a kleptomaniac. She’s a drunk.

But you also feel so sorry for her because even though she’s an adult making adult decisions, those decisions came from somewhere. They came from a lifetime of growing up with a drunk father. Yyou feel for her at the same time, or at least I did, instead of wanting to judge her I just wanted to see the right thing happen for her.

You end up feeling these conflicting feelings for everyone in the book both good and bad, and really it speaks to the human condition. Yes, I’m going to extend this this analysis out to the entire human race.

None of us are perfectly perfect. None of us are horribly horrible. Well, maybe a few people are, but really we’re all just this big mishmash of good and bad, good and evil, perfect and imperfect, good intentions bad intentions, self-preservation intentions. Chris Bohjalian is really good at drawing that out of his characters and making you feel for all of them.

I was lucky enough to read an advanced reader copy of this courtesy of NetGalley.

If you’re unfamiliar with NetGalley, go watch my video on how to get free or cheap books.

Yes, you can read for free or cheap. All they wanted in return was an unbiased review, which this is. I’m not giving five stars just because I got to read it a little bit ahead of you guys, but I do highly recommend it.

The Flight Attendant by Chris Bohjalian. Check it out. It comes out March 13th 2018. 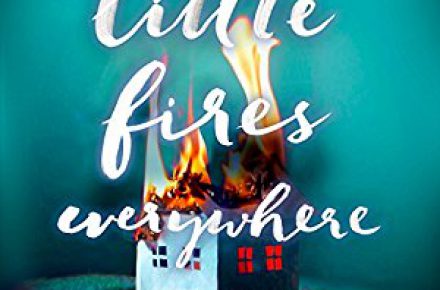