My name is Maria and today we’re talking about “The 48 Laws of Power” written by Robert Greene.

Greene has identified 48 key principles that are important in order to sustain and develop power.

I have two laws of power that I’d like to talk to you about, so let’s get started.

The first law I’d like to talk to you about is law #9, which states that you should win through your actions, never through argument.

The purpose of this law is to show that even if you win the argument, the long-term outcome often times is not positive.

Because when you’re arguing with someone, a lot of times one person is going to give in.

And even though you think you’ve won in that moment, there’s long-term resentment which can come to bite you in the back at a later point.

So instead of trying to win the argument and feel like you have the upper hand with someone else, try and win through your actions.

The way you speak, the words you use, the tone can all impact the success of your power over another person.

So, using our power through our actions rather than trying to rely on winning an argument.

And Greene highlights the fact that people will say anything to win an argument because in that moment it’s not about the rationality and the logic of what you’re saying, it’s about proving your strength and your power through the words you’re using.

And you’ll say almost anything to bring that across to the other person.

And in the long-term that’s just not a good approach to use.

Rather, focus on your actions to try and establish dominance and power.

The second law I’d like to talk about is law #13, which states that “when asking for help, appeal to people’s self interests, never to their gratitude and mercy.”

Now, along the way of establishing power we have to be able to work with other people.

And in order to have other people work with us, we have to appeal to their own self-interests, because at the end of the day people want to serve themselves.

So in order for them to want to help us, we have to show what’s in store for them.

Now, sometimes we may meet people that are just good-willed and want to help you for the sake of helping you, however most of the time a more efficient and effective way of getting something done is appealing to their own self-interests.

Now, let’s go over some of the positives, negatives, and who I think should be reading this book.

Well, visually this is a very unique book.

As we can see here, on the side of the page there is a brief story related to the power law that’s being discussed.

And that is something I find very interesting and it’s creative and it adds to the value of the book.

Also, it takes you throughout history.

I mean, the stories are so wide-ranging in terms of time periods and geographical locations, different empires.

It really takes you on a historical journey to highlight all the ways that these power laws have been implemented. 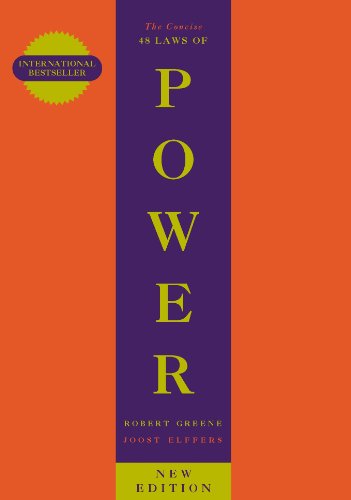 The 48 Laws of Power by Robert Greene

Now to the negatives.

One thing I didn’t like with this book is that the format is very repetitive.

From the first law until the 48th law, the template is the same.

It gives you one to two stories to exemplify the law, then it interprets the law and then it gives you a reversal how this may not actually be the case in certain instances.

And so that’s how it is throughout the entire book.

The book also doesn’t give you direct ways of how to implement these power laws.

It’s really up to you as the reader to interpret the stories and understand the power laws and then go from there yourself and implement them.

I wish there would have been more tangible information in terms of how you could use what’s being discussed and implemented your own life.

Who should be reading this book?

Anyone considering reading this book should read the preface and they will know right away if this book is for them because the way it’s written, it will give you a sense of the tone and direction that the book is going to be going in.

It’s quite a negative and pessimistic tone, I mean it’s the reality but the tone and the reality of it may not be for everybody.

If you love history, this book is absolutely for you.

It will teach you so much in terms of the dynamics of power and it will take you on a great, entertaining journeys throughout history. So if you’re in to history this book is absolutely for you.

That’s it, that’s my book review for the 48 power laws, written by Robert Greene.

Next week I’ll be back with another book review, but until then, keep reading and keep learning.