Hi everyone. I’m Maria and this is promotekdbook.com.
Today i’m going to be doing a book review on forty acres by Dwayne Alexander Smith.

This is a thriller that I read in January and there’s a lot happening in this book.
So I wanted to do a dedicated post on it.
So in this story you are following this character named Martin Grey who is this black lawyer who at the beginning of the story is working on this lawsuit.
And he is up against this other black lawyer named Damon who is like one of the most prominent lawyers in the area.

He has basically like an undefeated streak going for him in terms of his cases.
And he’s basically like expected to lose.
But he ends up winning the case for his client, which is this huge deal.

So after winning the case, Damon ends up inviting Martin and his wife over to his house for dinner and it turns out to be a dinner party with a whole group of important, prominent, successful black people.
So Martin and Damon end up sort of becoming friends.

They spend a lot of time together. Damon continually invites them out to different events or to dinner or just to hang out or to have coffee or whatever.

And so this relationship is building and then Damon invites Martin out on this whitewater rafting trip that he and these other black men end up going on every now and then. 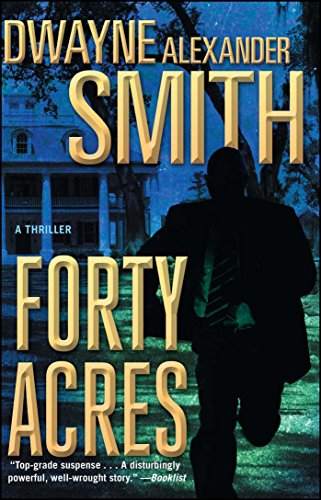 So Martin agrees to go and it turns out there’s a lot more happening with this group of friends then originally meets the eye.
It turns out that they are part of this secret society and everything just sort of goes down from there.

Because if you read the front flap or the Amazon or Goodreads summary or anything like that you’ll see a lot more information about the book but I think that this book is better knowing less because the twists and the turn seem even more surprising then.

So overall I really enjoyed this book.

It’s definitely the definition of a thriller.
The chapters are super short and a lot of times they end on that sort of like cliffhanger-y type ending that makes you want to keep reading.
The storyline is really, really interesting.
I went into this knowing literally nothing about it.

Dwayne Alexander Smith is a screenwriter and it’s definitely apparent in the way this book is written.
You can visually see everything that’s happening, which is both a good thing and a bad thing.

A bad thing because there are some scenes that are really hard to take, at least for me personally it was.
The fact that you can visually see it all was a little bit tough to get through.
But at the same time it’s also apparent in the weaknesses of this book.

The characters aren’t all completely developed in a way that is super satisfactory.

And again, the plot moves really, really fast and so there’s a lot of like deeper social issues that are touched upon in this book that personally I think would have been significantly better if they were fleshed out a lot more.
A lot of what they talked about in this book has to deal with being a black man in America, what that means, trying to be successful in the United States. 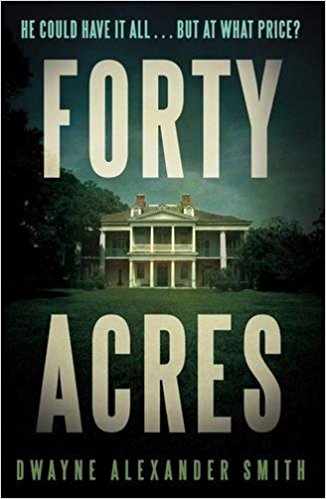 Also what black people are owed so to speak, their disadvantages in life, the choices that black men now might make in order to be successful and what it looks like to sort of pay it forward.
Part of what makes this book so good is there’s a lot of discussions in here that are really troublesome and dark.
And, you know, you know as a reader that it isn’t really the right way to think but at the same time you can kind of see how people get to those conclusions.

And part of me kind of wishes that there was a deeper discussion of both how these characters got to that point and also why that’s not okay.
Another sort of weakness with this book is the ending a little bit.

The way everything wraps up, it happens really, really fast.

And so I found it to be a little bit less satisfactory than you know I would really hope.
But overall I found this to be a really interesting book.

Someone over at book riot said that this would be a good sort of read alike to if you liked the movie get out.
And once that person said that I couldn’t get that out of my head because it feels so true.
While this isn’t a horror novel by any means, it’s definitely a thriller in the same vein as get out is and I think that those types of social issues and those types of stories that make you really examine the real world are very few and far between.

And I think both get out and Forty Acres do this thing where they sort of take things to an extreme but then you can also see the seeds of those extreme actions in the world that we live in and so it doesn’t feel quite as extreme as you might think.

I gave this book a 4 out of 5 stars. I thought it was really, really well done. 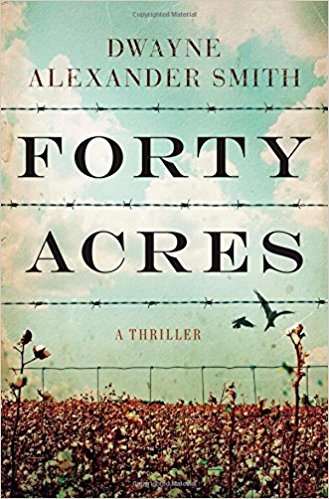 It feels like there are a couple of missed opportunities in here.

There is Martin’s lawyer slash partner in the company that they run that feels like he could have been utilized slightly better or slightly more, there’s stuff with his wife that is touched upon but again probably could have been fleshed out a lot more.

Feel free to leave a comment down below letting me know if you’ve read this book.