Hi everyone. I’m Maria and this is promotekdbook.com
Today i’m going to be doing a book review on Circe by Madeline Miller.
I will just say right off the bat, I love this book. I gave it a 5 out of 5 stars.

So you know that this is going to be more rave than anything else.
So Madeline Miller’s first book was the Song of Achilles, which I read just last December and I really, really loved that book.
And so when I found out she had another book coming out in April, I was very excited because I did not have to wait five years like everyone else for a new Madeline Miller book.
So Madeline Miller does the sort of Greek mythology retellings.

So yes, like I said, you are following this character named Circe who when she’s born she’s sort of different from everyone else around her.
She is the daughter of Helios who is the god of the sun. But she doesn’t seem to have powers quite like her father or even very much like her mother. 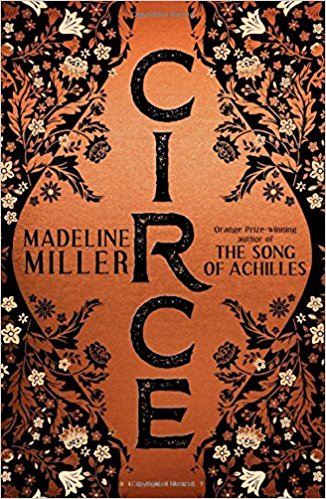 She has siblings and she seems to be like just extremely different from all of them.
Things happen and she ends up getting exiled to an island. And you basically just follow her throughout her life and you get to see her experiences with gods and Titans and the way that she’s treated and how that sort of informs her character moving forward.

Eventually Odysseus does come to the island and you see sort of things from Circe’s point of view of how everything goes down.
But this story really is just like a coming-of-age novel.
You just follow Circe as she grows up, as she learns to navigate the worlds that she’s a part of. She seems to sort of like toe the line between god and mortal and you see her own reaction to that, how she reacts to the other people around her and in her life, how she reacts to her exile and things like that.

Yeah there’s not really a whole lot of, I mean there’s a lot of plot that happens in here, but there’s not really an easy way to summarize it.
But it’s basically just the story of Cersei and imagining what her life was like.
This book provides some really interesting depth and background and explanation as to why she makes the decisions that she does.
So yeah, like I said, I gave this a five out of five stars.
I loved it so, so much.

When I first started it, it took me a little bit to get my bearings.

Like I said, I don’t have a lot of background in Greek mythology and I feel like a lot of what happens in the beginning really does rely a little bit on knowing some things about the gods.
I could tell that she was like making references to things but I couldn’t really get what the references exactly were.

So I definitely recommend utilizing that if you do feel like you are extremely lost.
But what I think is so amazing about this book is just the way that Madeline Miller has drawn this portrait of Circe.
She has such a specific voice, such a specific point of view.
You get to see her struggle with very human things and you can understand why she makes the choices that she does.
And I just felt like she was such a real person, although technically she’s not a person.

But it was just this fully fleshed out character who deals with things like loneliness and companionship and figuring out what she wants to do with her life and dealing with her family’s legacy and their choices and learning how to navigate all of the different gods and Titans and different characters that she comes across and learning how to deal with that.
There’s really interesting thoughts explored in here in terms of like love and relationships and motherhood and the choices that you have within all of those different spheres. 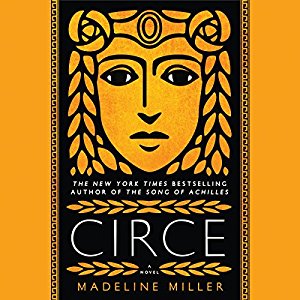 And even like the lack of choices that women have in all those spheres, especially during this time period.
Women are supposed to have very specific roles and be very specific types of people.
You can see how different women who are seen as maybe like cunning or conniving, why they make the choices that they do. I think one of my favorite scenes in here is when Circe goes to visit her sister who is giving birth and the conversations that they have when they’re alone together are just so eye opening for Circe and I think for the reader as well.

Because you have this very specific point of view, you’re seeing everything’s from Circe’s point of view.
So you have this very specific idea of who the other people in her life are.
And I think that that’s like sort of one of those behind the curtain sort of moments where you get to see the depths of some of the other characters in this story.
So yeah, I really, really adored this book.
I will say that this book is completely different from the Song of Achilles.

It has a completely different feel to it, completely different pacing.
But there are these really interesting you know plot points that happen that keep things exciting and keep things interesting.
If you know anything about the story behind Circe I’m sure you can imagine sort of how that comes to play.
But I, again, I just love this book so much like I kind of want to reread it.

That’s how I know that this is a five-star book for me.

Like as soon as it was finished, I wanted to go back to the beginning and experience it all over again.
And I can’t imagine higher praise from someone like me especially since I like never reread books.
So yeah, I highly, highly recommend this one.
If you’re feeling hesitant because of the Greek mythology aspect of it, I would say still go into it and just be okay with not maybe making all of the connections that Circe that Madeline Miller is making in this book.
I’m the type of person where I can recognize that you know there are specific characters in Greek mythology and I understand some of the references that she’s making.

But I’m also just okay watching Circe grow up and make her own life choices and seeing how her life evolves on this island.
Yeah, I mean, I can’t praise this book them enough.

I loved it so, so, so much. And yes, I think everyone should read it.
I gave it five stars.
That almost never happens. So yes.

So yeah, that’s everything that I have for you guys.

I just wanted to do a quick review on Circe and talked about it a little bit.
I still feel like I’m not really doing it justice because I don’t want to talk about it too in-depth because of spoilers.
But I really, really love that book a whole, whole lot.
And it seems like a lot of other people are loving it as well.

So if you’ve read the book, feel free to leave a comment down below talking to me about it.
I’d love to talk about it a little bit more in depth in the comments section.
Or if you have any questions about the book, definitely leave that down in the comment section as well.
If you do end up picking it up eventually, definitely feel free to come back to this post and leave a comment and talk to me about it cause yeah, I loved it so much.
So yeah that’s all I have for now and thanks for reading.